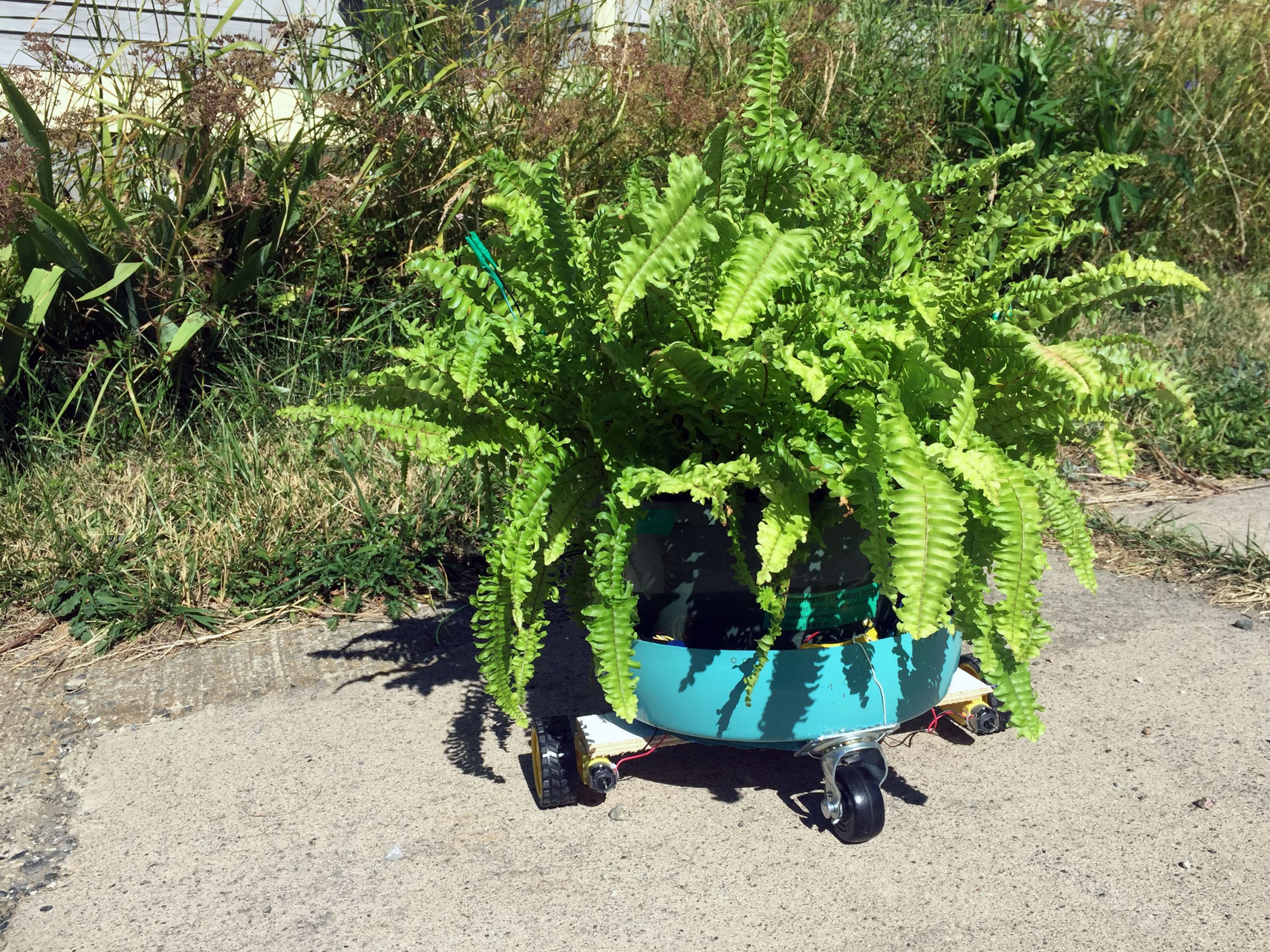 The Sunbots project is an exercise in speculative design, centered on crafting robotic appendages for houseplants. The robotic base, recharged by solar panels, gives the plant autonomous motion to search for sunlight. As an open-source project, a core objective is to create a simple yet robust design that is both accessible for design changes, and easily replicable. Wireless communication was added to enable the robotic base to report light levels in order to facilitate group communication and collaboration. This network may facilitate future explorations of robot behavior that more closely emulate chemical communication among organisms in dense forests.

Further, specific high-humidity plants have been chosen for the robots’ terrariums, allowing the plants to be theoretically self-sustaining. A smaller, simplified version of the bots has also been designed, to allow lower-cost replication, as well as facilitate exploration of low-impact materials, such as mycelium, and wax made from recycled plastics. With global climate change, the accumulation of electronic waste worldwide, and the decline of biodiversity, Sunbots are an active exploration of our ecological future and changing relationship with both autonomous robotics and our environment. By situating the project within the DIY community, a broader audience is invited to participate in the conversation

History of what’s taken place with the Sunbot project and how Kathleen McDermott has been spreading the research.