Get to know IDM 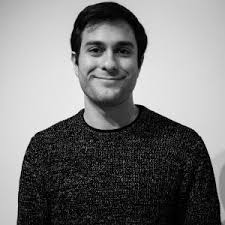 Where do you currently work?

Why did you choose IDM as a major?

From making games, to creating films, to recording music, IDM allowed me to study everything I was interested in.

What’s your favorite thing about IDM & why?

IDM taught me the basics of many different fields in media, and opened me up to a lot of different creative avenues I would not have explored otherwise.

How do you describe IDM to others?

What was your favorite IDM class and why?

My favorite class was with one of the professors who became a mentor of mine: Gabe Winer.

What’s your favorite spot in Brooklyn?

My favorite spot in Brooklyn while I was in school was the Brooklyn Heights Promenade. It was a good place to take a breather when I was stressed about life and school.

Who are the artists / designers / creative technologists that inspire your work?

her (Directed by Spike Jonze)