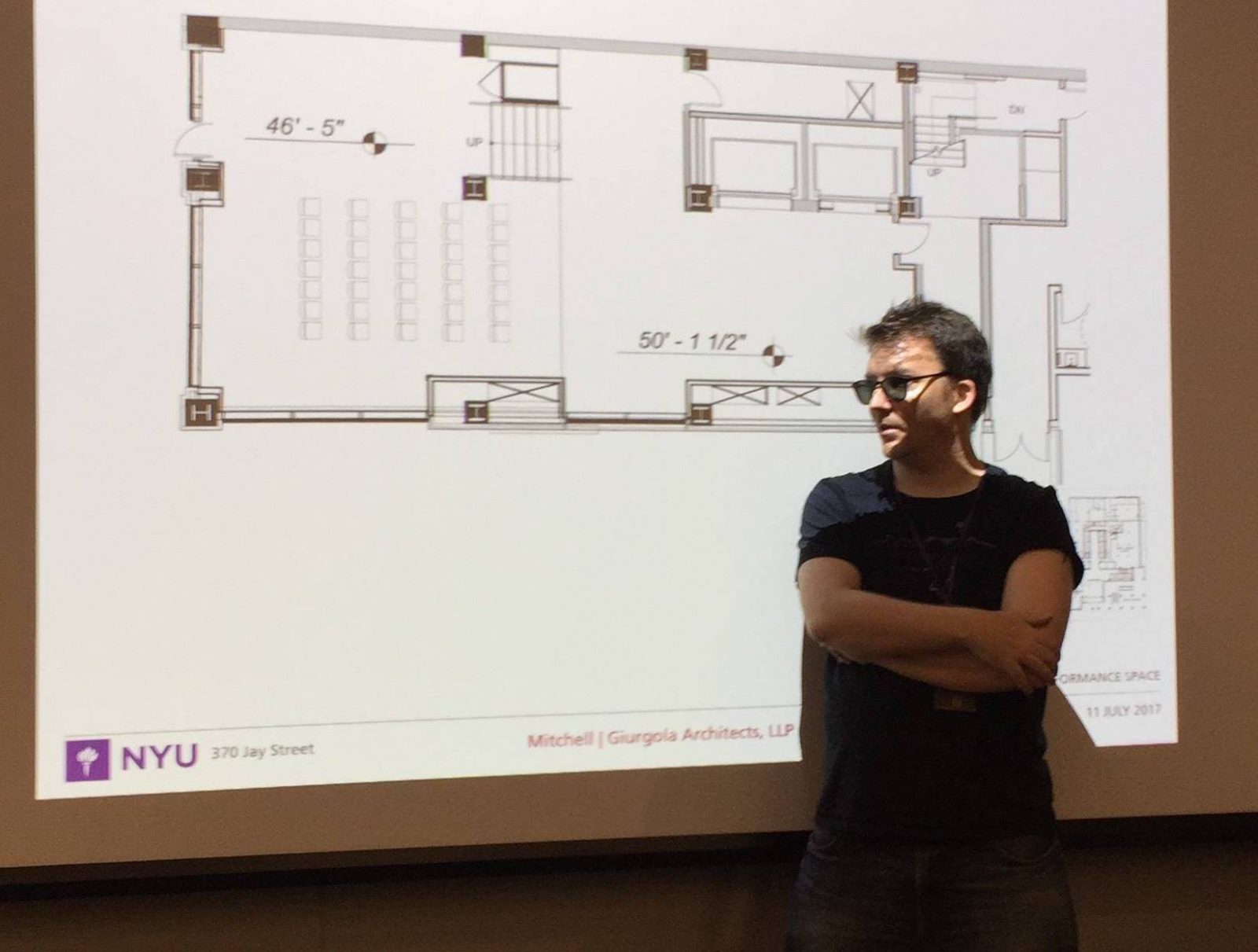 R. Luke DuBois is a composer, artist, and performer who explores the temporal, verbal, and visual structures of cultural and personal ephemera. He holds a doctorate in music composition from Columbia University, and has lectured and taught worldwide on interactive sound and video performance. He has collaborated on interactive performance, installation, and music production work with many artists and organizations including Toni Dove, Todd Reynolds, Jamie Jewett, Bora Yoon, Michael Joaquin Grey, Matthew Ritchie, Elliott Sharp, Michael Gordon, Maya Lin, Bang on a Can, Engine 27, Harvestworks, and LEMUR, and was the director of the Princeton Laptop Orchestra for its 2007 season.

Stemming from his investigations of “time-lapse phonography,” his work is a sonic and encyclopedic relative to time-lapse photography. Just as a long camera exposure fuses motion into a single image, his projects reveal the average sonority, visual language, and vocabulary in music, film, text, or cultural information. Exhibitions of his work include: the Insitut Valencià d’Art Modern, Spain; Haus der elektronischen Künste, Switzerland; 2008 Democratic National Convention, Denver; Weisman Art Museum, Minneapolis; San Jose Museum of Art; National Constitution Center, Philadelphia; Cleveland Museum of Contemporary Art; Daelim Contemporary Art Museum, Seoul; 2007 Sundance Film Festival; the Sydney Film Festival; the Smithsonian American Art Museum; PROSPECT.2 New Orleans; and the Aspen Institute. DuBois’ work and writing has appeared in print and online in the New York Times, National Geographic, and Esquire Magazine, and he was an invited speaker at the 2016 TED Conference. A major survey of his work, NOW, received its premiere at the Ringling Museum of Art in 2014, with a catalogue published by Scala Art & Heritage Publishers.

An active visual and musical collaborator, DuBois is the co-author of Jitter, a software suite for the real-time manipulation of matrix data developed by San Francisco-based software company Cycling’74. He appears on nearly twenty-five albums both individually and as part of the avant-garde electronic group The Freight Elevator Quartet. He currently performs as part of Bioluminescence, a duo with vocalist Lesley Flanigan that explores the modality of the human voice, and in Fair Use, a trio with Zach Layton and Matthew Ostrowski, that looks at our accelerating culture through electronic performance and remixing of cinema.

DuBois has lived for the last twenty-seven years in New York City. He is the director of the Brooklyn Experimental Media Center at the NYU Tandon School of Engineering, and is on the Board of Directors of the ISSUE Project Room and Eyebeam. His records are available on Caipirinha/Sire, Liquid Sky, C74, and Cantaloupe Music. His artwork is represented by bitforms gallery in New York City.