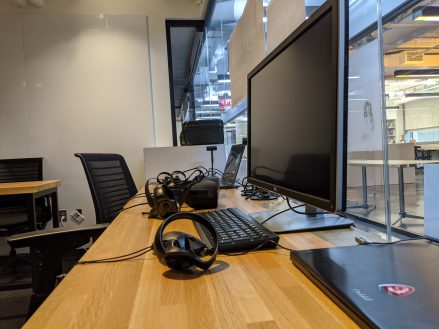 IDM is deeply invested in Virtual Reality (VR), Augmented Reality (AR) and the promise of extended reality. With coursework in AR, Unity, motion capture, Unreal, VR, 3D modeling and animation, IDM has world-class expertise and tools for exploring these technologies.